A small trend of floating restaurants has built up in Hong Kong's Aberdeen Harbor over the years, but none is so large or iconic as the bustling Chinese wonderland, Jumbo Kingdom. One of the largest floating restaurants in the world (of which there are surprisingly enough to make such a distinction), the Jumbo Floating Restaurant was built in 1976 after years of planning and millions of dollars worth of development. The incredible barge holds over four floors worth of eateries and attractions ranging from fine dining to tea and wine gardens. Able to seat over 2,300 visitors at a time, the floating gargantua is almost like a small city unto itself with grand staircases and skinny walkways criss-crossing between the various establishments. 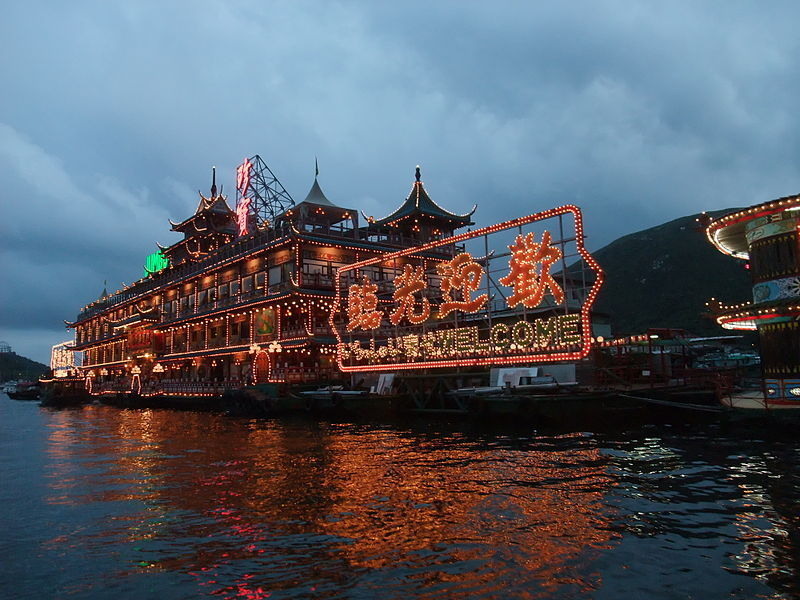