One of the more challenging “ghost” photos I’ve had the pleasure of researching– and by “ghost” photo, I mean a photograph that floats around the internet, conveniently without any credit or information about the location or subject. The internet rumour was that “the hole” was originally caused by a rooftop bomb attack. As fascinating as that sounds for a backstory, it’s not the case. This extraordinary place is the Karvansaray Restaurant in the Baku old city of Azerbaijan, housed inside a 14th century caravasai, a Persian word combining ”kārvān (caravan) with sara (palace), essentially a traveler’s inn. 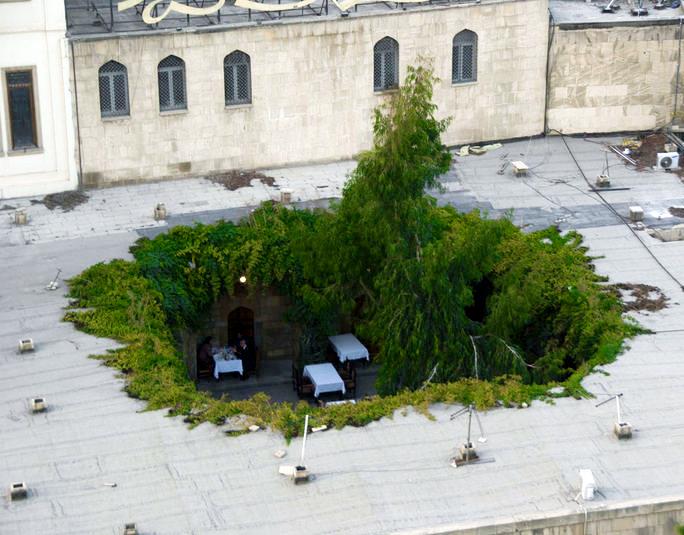